Many dryer vent problems stem from an accumulation of lint and other debris that can clog the vent line and, in turn, decrease efficiency, increase drying time, and create a hidden fire hazard in your home or business. Aside from an increased risk of fire, a clogged vent can cause a ‘laundry list’ of problems including mold growth, wasted time and energy, and excessive wear to clothing. Here, you can find a summary of the most common dryer vent problems and the solutions that we recommends.

*92% of fires involving washers and dryers are caused by dryers. These fires caused annual averages of 13 civilian deaths, 444 civilian injuries, and $238 million in direct property damage. People often assume that a dryer’s automatic shutoff will protect them from a dryer fire, but that is not always the case. If the automatic shutoff control malfunctions or fails to turn the machine off for any reason, you may not know about it until it’s too late. Dryer fires can start within the dryer, in the dryer vent system, or even behind or beneath the dryer if excess lint has built up around the machine. When proper airflow is allowed through a dryer vent system, stray lint particles and other debris are pushed through the vent line and outdoors. However, a clogged vent restricts airflow, and even before a vent is fully clogged, lint can accumulate in the vent line or inside and around the dryer. Each of these areas that collect lint when a dryer vent needs to be cleaned is an additional fire hazard. The best way to prevent a dryer fire is to have a comprehensive dryer vent cleaning completed at least once per year. 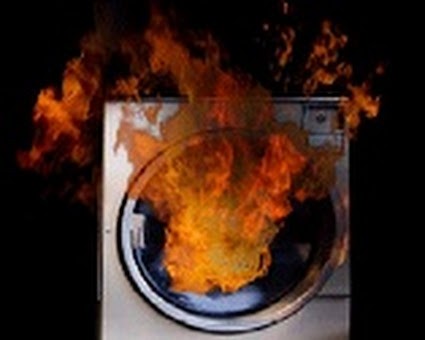 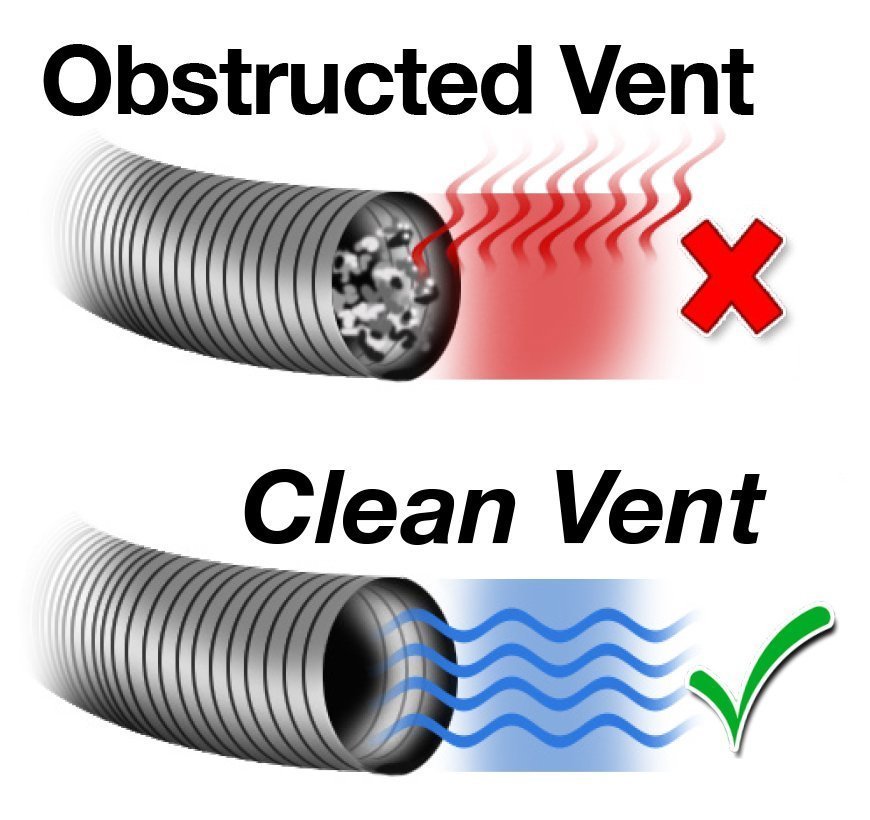 Some dryers emit carbon monoxide during regular operations. Carbon monoxide is an odorless, colorless, and tasteless gas that can result in illness and even death when inhaled at or above a certain concentration. Under normal circumstances, the toxic gas is vented out of the home or property through the dryer vent system. However, when the dryer vent line is obstructed due to an accumulation of lint, animal nests, or other debris, the carbon monoxide cannot escape. Over time, the gas buildup from a dryer with a clogged vent can reach concentrations high enough to cause carbon monoxide poisoning. Dryer vents should be cleaned regularly in order to protect you and your family’s health and prevent carbon monoxide poisoning. 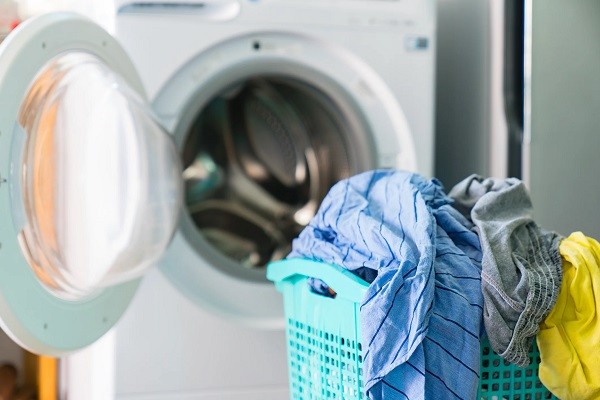 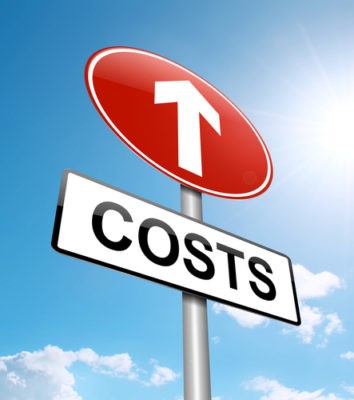 Restricted airflow due to excess lint, clogs, and debris can cause increased drying times and decreased efficiency. As a dryer vent becomes clogged, the drying cycle will take longer and longer until a single cycle is not enough to dry clothes completely. Running extended cycles or extra cycles in order to dry clothes completely takes up more of your valuable time. As the dryer becomes less efficient, you end up using more energy to dry the same amount of clothes, meaning you spend more money on utilities. Our dryer vent cleaning can not only allow you to reclaim your time, but it can also help save an average of $18-$24 per month on energy costs.

Longer drying cycles and trapped heat and moisture can cause your clothing to deteriorate more quickly. Clothing fibers will always pill, tear, and weather in the dryer, but if you’re putting a shirt or pants in the dryer for twice as long to dry completely, that means they will take twice the amount of wear as clothing in an efficient dryer with clean dryer vents. On top of damaging your clothing and linens, excessive drying times can also contribute to the premature dilapidation of your dryer; Dryer hardware and mechanical components will take excessive wear with the heavy use that a machine with a clogged dryer vent demands. The best way to ensure your clothing and dryer last year after year is to have your dryer vents cleaned and all lint, debris, and clogs removed from the vent line.

Don’t miss out on our special deals and offers! At Appliance Cowboys, we care about what’s best for you. We want to save you money and time. Subscribe to our newsletter for updates on our appliance repair policies and special offers. Stay informed on our high-quality and efficient repair services.

COVID-19 protection for your family! We take the health and safety of our employees and customers seriously. We wear face masks, gloves and booties. We offer same day appliance repair service in Houston and The Greater Houston areas. We are here to help. See what measures we’re taking during the COVID-19 outbreak.

Appliance Cowboys will maintain the integrity of your home appliances. It is our mission to keep them running perfectly!  We Are The #1 Appliance Repair Company in Houston and the Surrounding Suburbs.